All for Joomla All for Webmasters

India clinch series against England with game in hand

India beat England by 55 runs in the second T20 game here Wednesday to take an unassailable 2-0 lead in the bilateral cricket series for the blind here in Bangalore at Samprasiddhi sports Estadio.

The English bowlers bowled tight lines as they picked four Indian wickets in the first eight overs. Skipper Ajay Reddy along with Pankaj Bhue steadied the ship with a 100-run partnership, helping their team post an imposing total of 217 for five.

Chasing a huge target, the English batsmen were never in the hunt as the Indian bowlers chipped in with regular wickets. The third and the last T20I of the 3 match series will be played at the samprasiddhi sports estadio tomorrow from 11.00 am.

The Man of the match award was presented by Mr. B C Jayant – Senior member KSCA 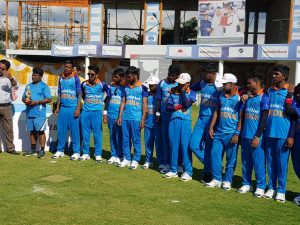 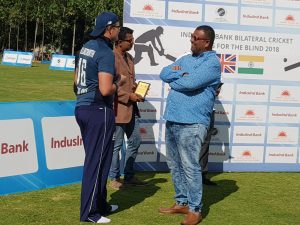 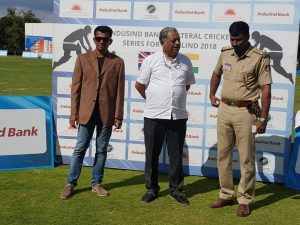 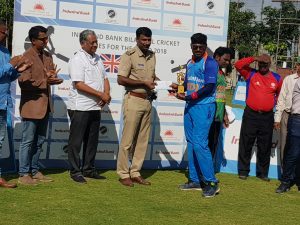 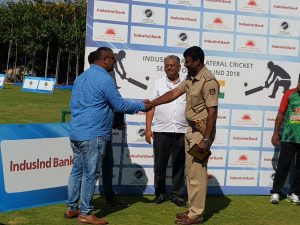 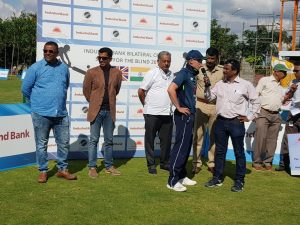 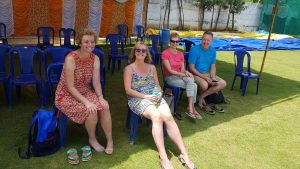 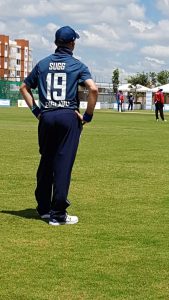